Lib Dems set to win big in West Berkshire in 2019

A recent survey across West Berkshire has revealed that over 75% want a Liberal Democrat-run council rather than a Conservative one.

Lib Dems condemn use of £500,000 of taxpayers' money in flawed LRIE project

For some years West Berks Council has been trying to regenerate Newbury’s London Road Industrial Estate (LRIE) and this month the council have finally revealed £5,665,181.08 of public money has been spent on the project to date. Investing in West Berkshire's towns to create new homes, and develop employment opportunities is a good thing, but the way this has been handled by the current council has meant all West Berks taxpayers have had to foot the bill.

The council claim most of the money has come from government grants and other contributors. However, it has now been revealed that, at the very least, £523,000 of West Berkshire taxpayers’ money has been thrown at the scheme.

West Berks says no to Brexit 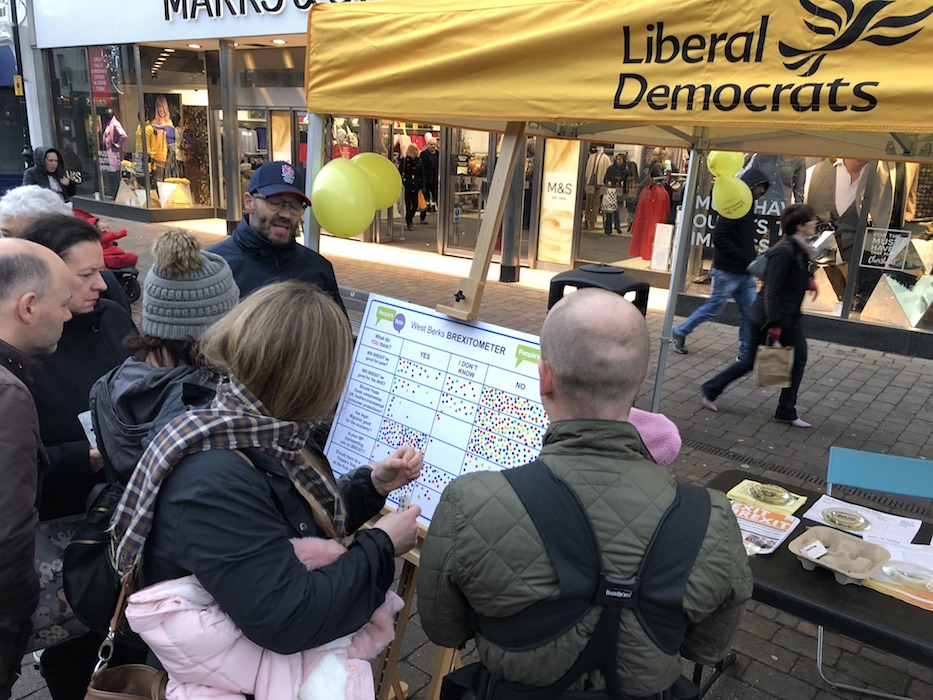 Two years and five months since the EU Referendum, our poll in Northbrook Street confirms West Berks residents still believe the Brexit negotiations are going badly, and that Brexit will be bad for jobs and the NHS.

Lib Dem Campaigners and Councillors have been campaigning for over a year against the Council’s Green Bin Tax. Thursday evening saw Lib Dems present petitions with over 7,500 signatures to the Leader of Council demanding them to scrap the Green Bin Tax.

Lib Dem Councillor Alan Macro has complained to West Berks Council Trading Standards that the council did not adequately inform residents that they need only pay £25 for garden waste collection (Green Bin Tax) if they subscribe between 1st March and 30th June. The complaint reads: