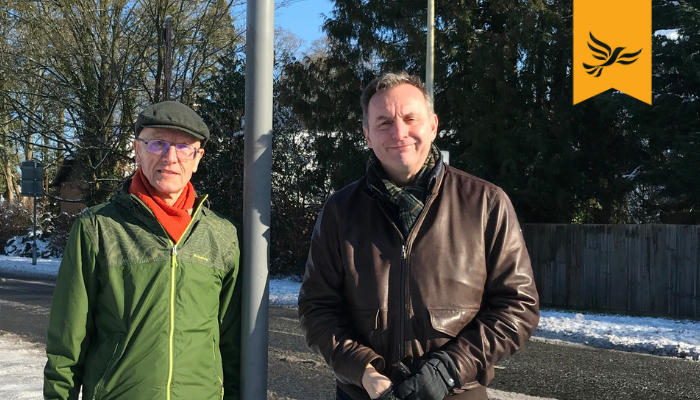 Adrian Abbs (right above) B.Sc. has lived and worked in Newbury for 23 years. He is a hands-on energetic and goal-orientated local business owner, working in the technology market with international clients. Adrian is a Parish Councillor as well as Trustee for “Stroke Care”. He only joined the Liberal Democrats in 2018, impressed by the work of his Lib Dem Greenham councillors. He likes the way Lib Dems base their policies on evidence and not dogma and plans to effect change by bringing modern business methods to the Council while conserving resources to protect the vulnerable and our environment.

Adrian is on the Shadow Executive with the Environment portfolio.

Dr Tony Vickers (left above) has lived in Newbury since 1987 and his three sons were all educated locally. He was first elected to Newbury District Council for Kintbury in 1995. While studying for a doctorate (on mapping land values) at Kingston University he also lectured and carried out research on aspects of planning policy. He was a founder member of local cycling campaign group SPOKES and helped set up an All Party Parliamentary Group on Land Value Capture in 2018. Elected to West Berkshire Council in 2003 (representing Northcroft), he was Lib Dem planning spokesman, leading the opposition to Sandleford.

Tony is on the Shadow Executive with the Planning and Highways portfolios.

To get in touch with your Newbury Wash Common Lib Dem team on West Berks Council, please email [email protected] or use the contact form below.