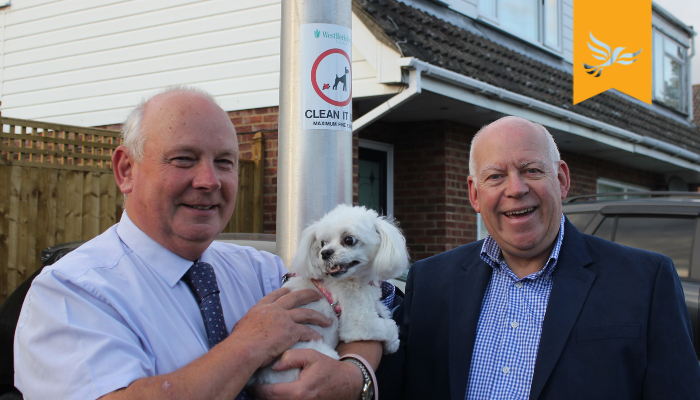 Jeff Brooks (right above) has lived in Thatcham since 1980, married to Andrea with two step-children and their own son, Jonathon. Jeff ran the Thatcham Charity Show for 14 years. He was first elected as a Thatcham town councillor in 1992, subsequently serving on Berkshire County Council and, from 1997 on West Berkshire District Council. He led the Opposition for 10 years to 2015. Jeff was highly involved in getting the funding for Newbury Library. As a successful businessman, he will continue to challenge the way that the Council operates – from fixing potholes, to better procurement methods and public communication with the public.

Jeff is on the Shadow Executive with the Finance portfolio.

Keith Woodhams (left above) joined Thatcham Town Council in 1979 as a campaigner for road safety improvements. He became Mayor in 1990 and was on West Berkshire Council from its inception until 2015, representing Thatcham West. He saved a wheelchair bound neighbour from drowning in a flood and walked to Hungerford and back to raise funds for youth work. Keith has chaired WBC’s Planning Committee (Eastern Area) and been opposition spokesman on highways and transport: his passion for road safety remains to this day!

To get in touch with your Thatcham West Lib Dem team on West Berks Council please email [email protected] or use the contact form below.