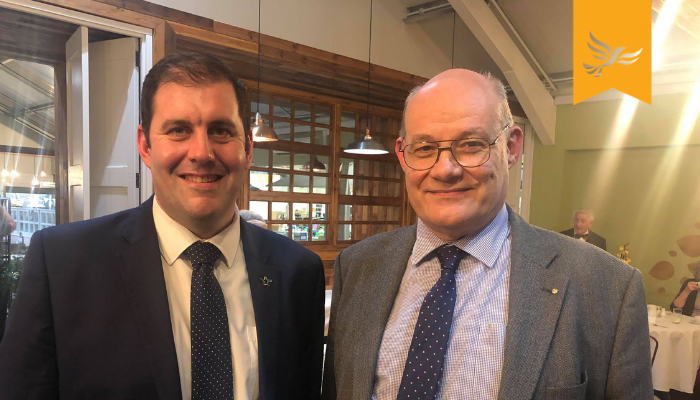 Jeremy Cottam (right above) is a former county and district councillor, currently serving on Thatcham Town Council. He has lived and worked in Thatcham for over thirty years. He was previously Chairman of the District Council, and currently also runs the Thatcham Chamber of Commerce. His long and extensive management experience will help improve the Councils administration, ensuring better value and more caring services.

Lee Dillon (left above) was born and raised in Thatcham and after University came back to start a career and a family. Married to Gemma, he has three young children. First elected in Thatcham North for town and district in 2007, he has since been the youngest Mayor in Berkshire, the first Leader of the Town Council and – since 2016 – Leader of the Opposition on West Berkshire Council. Perhaps his most notable achievement to date has been leading Thatcham’s response to the 2007 floods. He is respected across the Council for his grasp of - and ability to communicate - local government issues. Lee has worked for Sovereign Housing Association for the past 9 years.

Lee is Leader of the Liberal Democrat Group on West Berkshire Council.

The Liberal Democrats will use your contact details to send you information on the topics you have requested. Any data we gather will be used in accordance with our privacy policy at www.libdems.org.uk/privacy To exercise your legal data rights, email: data.protection@libdems.org.uk.