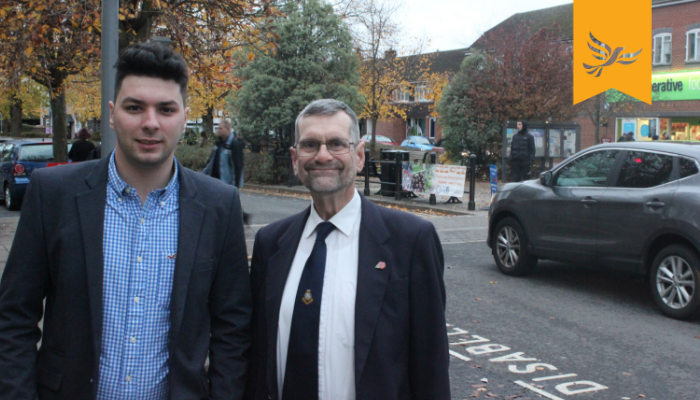 Owen Jeffery (right above) has lived in Thatcham since coming to work at Racal Electronics in Reading in 1979. His three children all went to Kennet School and two still live in Thatcham. After ten years as a Royal Naval Reservist, he served as a Thatcham Town Councillor 1981-2015. He also served on Newbury District and then West Berkshire Councils where he became Deputy Leader. He has tried to help make the town and district better places to live in for over 30 years and, now elected, will work hard to continue that.

Nassar Kessell (left above) is 22 and standing to become a councillor in Thatcham so that local residents have a voice on the council that they can trust. Thatcham is his home; a town he really care about. He lives and works full-time here while also studying a Bachelor of Laws with the Open University. &nbsp

He believes as a district, we face many challenges, but we mustn’t forget the positives. It is clear that many of the things we have to be proud of in West Berkshire are, at least in part, thanks to the Lib Dems who ran the council until 2005. Locally, we can see how the Lib Dems invested in the leisure centres right across West Berkshire as well as introducing community wardens.

He is looking forward to working with his Lib Dem colleagues on the council to scrap the unfair Green Bin Tax, introduce 20mph and idle-free zones outside local schools and invest in local youth services.

To get in touch with your Thatcham Central Lib Dem team on West Berks Council, please email [email protected] or use the contact form below.