Following the passing of one of the sitting Conservative Councillors for Tilehurst South and Holybrook ward, a by-election is being held on Thursday December 16th for a new Councillor on West Berkshire Council, and the Liberal Democrats are delighted to announce Steve Bown as our candidate.

1. Listen to local people
For too long the Conservatives have taken local people for granted. The Liberal Democrats will listen to what matters to you, and make sure you’re consulted on decisions that affect our local area.

2. Care for our most vulnerable
The Conservative administration of West Berkshire Council have let vulnerable people down; making access to Council services harder, cutting services and failing to step up to help when required. The Liberal Democrats will ensure no resident is left behind.

The Conservative administration is out of touch

The Conservative administration of West Berkshire Council has taken residents for granted for too long, and are increasingly out of touch with those they were elected to represent.

In recent months the Liberal Democrats (the main opposition on West Berkshire Council) have exposed a number of issues that the local Conservatives simply do not seem to understand.

From failing to step up and provide food for children who needed it most during the Covid pandemic, to cutting the ReadiBus service for vulnerable people with limited mobility, the Conservatives have shown that they simply do not understand the impact their decisions have on everyday life for so many people.

The Liberal Democrats put themselves at the heart of our communities, listening to local people and consulting them on the big decisions, so that no resident gets left behind or ignored.

Elections in West Berkshire are between the Liberal Democrats and the Conservatives, no other party has a hope of controlling the Council: 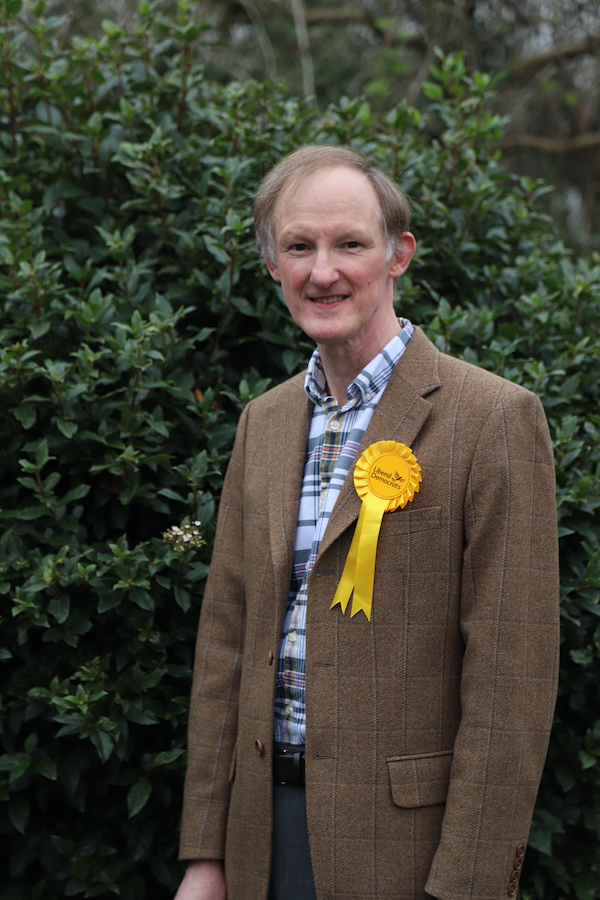 Steve has lived in West Berkshire for over 25 years and has been an active campaigner for the Liberal Democrats throughout that period. He works in the financial services sector and his other interests include heritage and conservation. He regularly uses local rail services and is a strong believer in the need for good public transport.

Steve is standing because he believes that the Conservatives have taken our area for granted for too long. In recent months, the Conservative administration of West Berkshire Council have shown just how out of touch with residents they are. From cutting the ReadiBus service that provided a way to get around independently for those with limited mobility, to failing to step up and provide for children on free school meals during the pandemic, the Conservatives don’t understand the impact their decisions have on many people’s daily lives.

All this while their cosy relationship with developers is causing a real threat to our green spaces. Already during our campaign we’ve heard how upset residents are by the planned development at Pincents Hill, and their fears that the development of our area will never stop.

Steve will stand up to developers, and fight to protect our green spaces. The lockdowns over the past 18 months have proven how vital green space is for our physical and mental wellbeing – we can’t afford to lose it.

To contact Steve, please email him at [email protected].