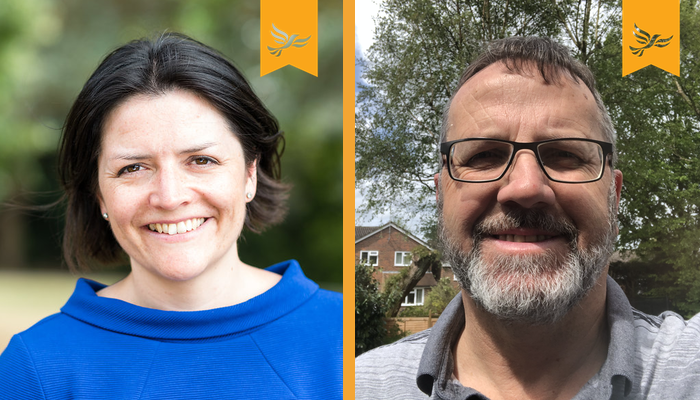 Sarah Lowes (left) is a lifelong Liberal Democrat voter, Sarah joined the Party in May 2015 to fight to keep our country open, tolerant and united. She has been a dedicated local campaigner, successfully leading last year's by-election campaign in Thatcham. Sarah lives in Newbury, running her own company working as an Executive Business Coach. A vicar’s daughter, Sarah inherited a passion for supporting local people to build a better future for themselves and seeks to do that for residents in Newbury.

Vaughan Miller (right) lived in Tilehurst for seven years until he moved to Newbury in 1998. His children have attended schools in Tilehurst (Park Lane Primary & Denefield) and Newbury (Speenhamland, Falkland, Park House and St Barts). He is a member of the Newbury Community Football Group, working also with the support of Sport England and the FA in its battles with West Berkshire Council over the loss of Newbury Football Ground. His work is mostly home based so is available to work for ordinary people in this Ward and District and will listen to and fight for people’s causes.