In late 2017 I wrote a piece for the local Lib Dems explaining how Sandleford came to be designated as a ‘strategic’ housing site in 2012. This is an update, explaining why seven years later we seem no nearer any badly needed new homes being built there. 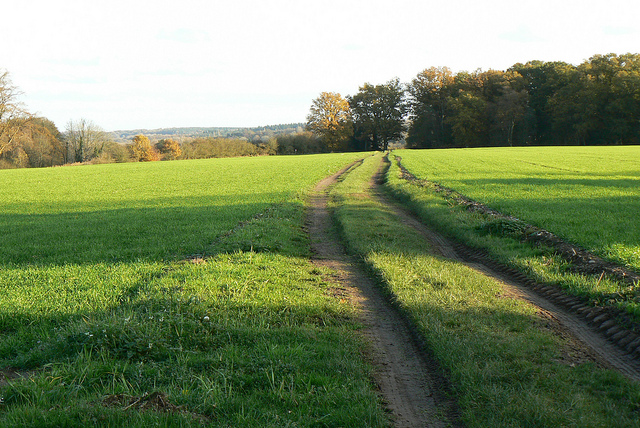 One month after my 2017 piece was written, the Boundary Commission confirmed its decision to create a whole new parish ward called Sandleford for the 4000 or so people due to live there ‘soon’. However within weeks of that, West Berkshire Council decided it didn’t need more housing land for at least 5 years. So we approach the local elections this May with Sandleford parish ward having been allocated a third of Greenham’s 15 parish councillors – to represent just four electors!

Because of Sandleford delays, other developers had been able to blast a big hole in the Council’s Local Plan for the previous two years. This culminated in a Planning Inspector at the Public Inquiry in January 2018, for the North Newbury ‘Vodatown’ housing site, upholding that application on appeal against the Council’s refusal. The Council planners were humiliated into admitting Sandleford wouldn’t be delivering new homes for another five years.

The good news for South Newbury, especially Wash Common residents, is that the Council, in November 2017, was able to refuse the two ‘complementary’ planning applications it had been sitting on since 2015 without even summoning councillors to a committee meeting. The bad news is that there is no way under our planning legislation that a site can be ‘un-designated’: as things stand, there will have to be some housing there eventually. 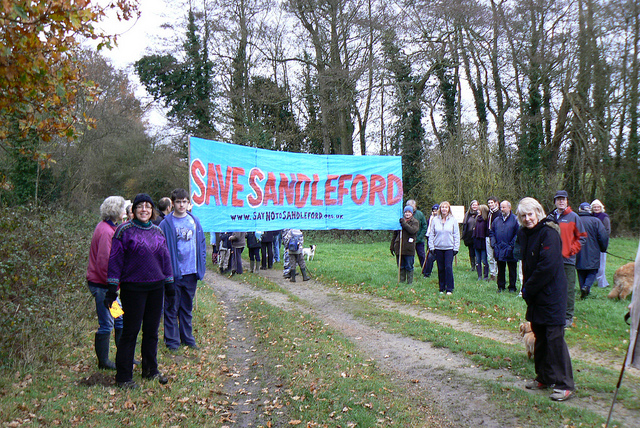 Almost as soon as the ink was dry on the Core Strategy Public Inquiry in 2012, some Tory councillors were starting to try and make amends. A Supplementary Planning Document (SPD) was prepared to ‘flesh out’ the detail of what is technically known as Core Strategy policy 3 (CS3). Sandleford Park had been deemed ‘deliverable’ with just two access roads, both off Monks Road.

Throughout the Core Strategy discussions, councillors had been told by the planners that it was not necessary to carry out traffic modelling of the impact of Sandleford on the A339 or A343 main roads in and out of south Newbury. Yet as soon as it became irrevocable policy to have these 2000 homes and their occupants’ cars imposed on the road network, the traffic modelling that was done clearly showed that it was essential to have at least three – and preferably four – access roads. Consequently there was unanimous support across the Council and little resistance from the landowners for these words in the SPD, adopted in March 2015:

“It is the Council’s preference that the following are explored to maximise opportunities for permeability through the site:

There were numerous other detailed policies adopted in the SPD but the one perhaps most relevant to traffic was the wide buffer zone around the several ancient woodland sites within the ‘red line’. Almost as significant was the Council’s insistence that the developers provide land for two primary schools (there was only one required in CS3) and an extension to Park House secondary school. These had the effect of reducing the number of new homes that could be accommodated overall, down from 2000 to around 1500.

Fewer houses means less money available from the developers to pay for other infrastructure. The new system for making developers pay towards the cost is called Community Infrastructure Levy (CIL) and it came into force in April 2015 for all housing developments approved after then. CIL is calculated on a “per square metre” of additional floor area basis. The old “Section 106” (S106) system was almost entirely replaced by CIL, although up to five designated projects can still be earmarked for S106, which also remains for funding affordable housing.

One of the features of the original ‘indicative’ design was a bridge spanning the main valley running south-east down from near the rugby club to the Enborne River. This could cost over £1m. It has not featured in later plans, which show a very snake-like main spine road, winding around this valley and several of the woods.

In the light of what has happened since early 2015, the SPD policy S1 explains why, when the original consortium that had promoted the site in 2009 fractured, progress towards actual construction has been so slow. S1 says:-

“The Council requires proposals for the site to be brought forward by means of a single planning application for the site in order to achieve a comprehensive development and to ensure the timely provision of the infrastructure, services, open space and other facilities in a properly coordinated fashion.”

Bloor Homes became the preferred developer partner for the majority of the Sandleford Partnership site (and its absentee owners Sandleford Farm Partnership) but local firm Donnington New Homes’ owner Mark Norgate owns outright most of the south western third of the land. Norgate could not agree with Bloor’s proposals, so late in 2015 Bloor submitted an outline application for the whole site without his full consent. This was in breach of the above policy S1.

The Council gave the developers over 18 months to come to an agreement before making any decision on the 2015 application, knowing that they risked having an appeal by Bloor upheld because they (West Berks Council) might not be able to demonstrate that they had a five-year supply of housing land without Sandleford. Promoters of other large housing sites in the District meanwhile used this very argument with success, so that by November 2017 it was safe for the Council to refuse the Bloor application – because their Core Strategy was in shreds almost entirely because of its over-reliance on Sandleford.

Having had their bluff called, Bloor and Norgate quickly papered over their disagreements and re-submitted two ‘linked’ outline applications in March 2018, with a Memorandum of Understanding (MoU) between them as the link. An Appendix to the MoU lists which pieces of offsite essential infrastructure each developer undertakes to pay for. It also includes commitments by both of them to “use reasonable endeavours” to complete the Main Access Road that joins their areas and makes the site permeable “within six years of the commencement of development”.

Since the full set of planning documents was made available, hundreds of objections have been lodged. The overwhelming number of them are from Wash Common residents and properties along Monks Lane and the most contentious issue is the traffic that will have to use Andover Road south, especially the Warren Road access.

The Council and most of the local community want to see these linked applications determined as soon as possible. Originally we were told that a Committee decision would be made in September but six months later all we know is that the Highways Agency – which is responsible for the A34 bypass junction with A343 Andover Road – insisted that traffic modelling be based on 2011 (not 2001) journey-to-work census data. Traffic modelling is a long and complex process but it is thought that the necessary delay has enabled the Council and developers to look at other controversial aspects of the plans.

On 11 March 2019 the leading spokesman for the campaign group “Say No To Sandleford” reported that Council planners had told him there would be a further public consultation on Sandleford “soon”. Although planning applications are not normally “political”, this one is so crucial to the credibility of Council Planning Policy that it is probable that no decision will be made until after this May’s local elections.

Liberal Democrats realise that it will take a radical and highly improbable reform of national planning policy to “save” the green fields of Sandleford from what Richard Adams’ novel Watership Down predicted 50 years ago: large-scale housing development. We will look at any and every planning application very carefully and oppose anything that results in unacceptable harm to existing residents and the vitality of Newbury. We will demand measures that effectively encourage sustainable means of transport: walking, cycling, buses and trains and other measures to achieve a zero carbon impact. In particular we demand that 40% of homes will be truly affordable – mainly “social”.

Finally, we will keep reminding the people of South Newbury and beyond that it was under a Conservative administration with not a single councillor from the Newbury area that we were put in this situation. That is why we need a Council run largely by people who will have to live and work within Newbury after the development is built and occupied.