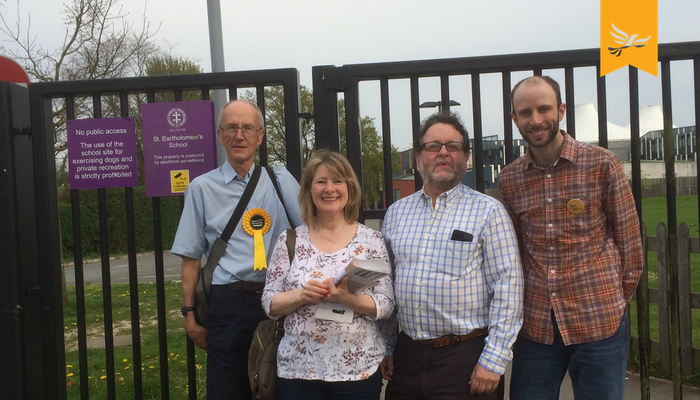 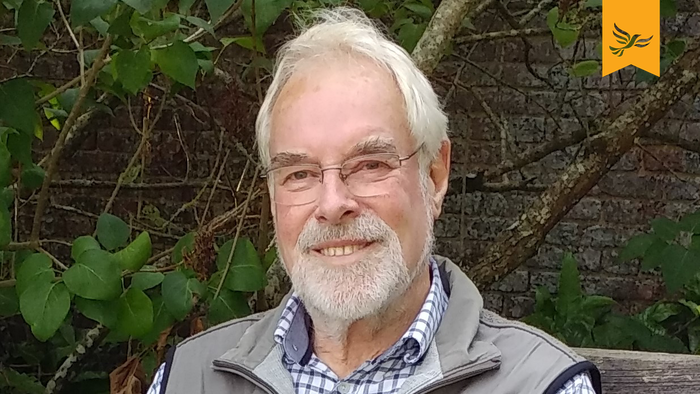 Chris Foster (right above) lives in Newbury and works as an ecologist at the University of Reading. He takes a keen interest in environmental issues – especially wildlife conservation and climate change – and science education. Now elected to the town council Chris is working towards a greener, cleaner and safer Newbury, as well as helping our town's many great grassroots community initiatives to flourish. An active member of the local community, he is the publicity officer for Berkshire Ornithological Club and a member of the parochial church council at St George’s in Wash Common.

Roger Hunneman (pictured below) has lived in the Wash Common area for 47 years with his children and grandchildren attending local schools. He was responsible for a group researching infrared filters for use in earth observation satellites and planetary probes at Reading University, retiring in 2002. He was elected to Newbury Town Council for St John's ward in 2000 and again in 2003 and became a West Berkshire Councillor in December 2003 when he won the seat in Victoria ward in a by-election and continued to represent the ward until 2015. He is currently Chairman of the Newbury Town Centre Community Forum.

Gary Norman (2nd from right above) is married with a 17-year-old son and has lived in the District since 1986. He took early retirement in 2018 having spent 40 years in software development and managing customer service and IT projects, finally as a senior executive in the print & publishing industry. He has experience of both the public and private sectors. Gary is currently a parent-governor at St Bart’s school in Newbury. He has a first class degree in Economics and is currently studying towards an OU degree in Natural Sciences. He has a variety of other interests including walking and theatre and the local Rock Choir.

Sarah Slack (2nd from left above) is married with four grown up children. She has lived in Newbury (Wash Common Ward) for two and a half years and before that worked as a Nurse and a Midwife. Her interests include issues surrounding health and wellbeing, homelessness and environmental concerns. She has volunteered for a local homelessness charity and is currently training to be a street pastor. Now elected, she contributes positively to local community matters.

Tony Vickers (left above) has lived in Newbury since 1987 and his three sons were all educated locally. He was first elected to Newbury District Council for Kintbury in 1995, after a 20-year Army career mainly with Military Survey. He has since lectured and carried out research on aspects of planning policy and was Lib Dem planning spokesman, leading the opposition to Sandleford on West Berks Council 2009-12. He was a founder member of local cycling campaign group SPOKES. He chairs the property committee of local almshouse Charity and cares passionately about affordability of housing for young families.

To contact your Wash Common Lib Dem team on Newbury Town Council, please email [email protected] or use the contact form below