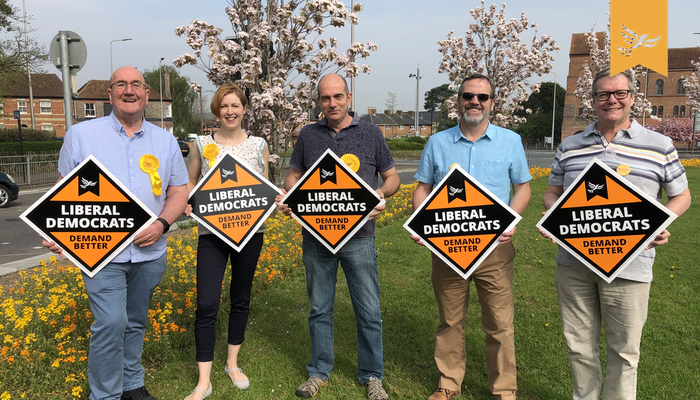 Billy Drummond (left above) has lived and worked in Newbury for 30 years, including Head Chef at Newbury Racecourse for 18 years. He has represented Greenham on parish since 2000, on West Berks District since 2003. He has been a governor of the Willows School, a Trustee of St Barts Foundation, director of Greenham Business Park, and a director of the Mabel Luke (almshouse charity) Trustee company. He cares passionately about the disadvantaged and the impact that austerity has had on them. Married for 40 years to Sharon who works as a nurse locally, they have 3 children and 3 grandchildren. Billy retired in 2018.

Billy has been elected as Mayor of Newbury.

Jon Gage (centre above) is an Eastfields resident and local business person. An active member Greenham Parish Council who played a leading role in getting the Control Tower open to the public, Jon supports initiatives that improve education, access to support services and enhance the natural and urban environment of Newbury. In particular, he wants to reduce the amount of litter found on our streets and green spaces.

Vaughan Miller (2nd from right above) moved to Newbury from Reading in 1998. His children have attended schools in Newbury (Speenhamland, Falkland, Park House and St Barts). He is a member of the Newbury Community Football Group, working also with the support of Sport England and the FA in its battles with West Berkshire Council over the loss of Newbury Football Ground. His work is mostly home based so he is available to work for ordinary people in his home town and will listen to and fight for people’s causes.

Erik Pattenden (right above) joined the Lib Dems in 2017 as a passionate believer in openness, tolerance, fairness and equality, frustrated with recent national politics. Erik wants to bring positive change to our local councils to ensure they work for the benefit of all residents. He grew up in Newbury, going to local state schools, followed by university in Birmingham and Bristol. He co-owns a local web and app development company. He has also been a foundation governor and chair of governors at St John the Evangelist Infant and Nursery School, Newbury. With his wife, a local sculptor, he lives in East Fields Ward. They have three children, also educated locally.

To get in touch with your Eastfields Lib Dem team on Newbury Town Council, please email [email protected] or use the contact form below.

Send a comment to Billy, Jon, Vaughan and Erik