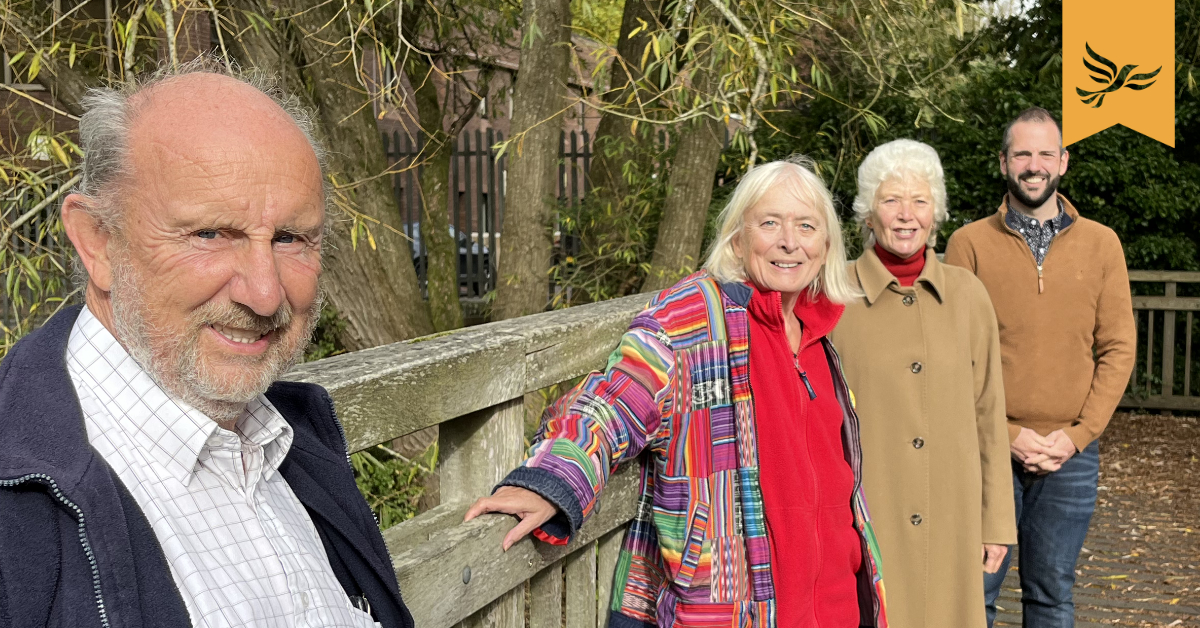 Phil Barnett has lived in Newbury all his life. He has 3 children and 6 grandchildren, all also living locally. He was a pupil – and 28 years a governor – at Park House School. Originally a Labour candidate, he joined the Lib Dems in the 1980s. After working over 30 years at Harwell, he stood and won a seat on the District Council in what was then Turnpike Ward. He served two terms on Newbury Town Council, twice having the honour of being town mayor.

Dr Sue Farrant has lived and worked in Newbury for 30 years and her children went to local schools. She was elected to the newly-established Newbury Town Council in 1997 and served for six years, representing first Turnpike award (now Clay Hill) and then Northcroft. Sue was Chair of the Arts and Leisure Committee, Deputy Mayor and then Mayor of Newbury in 2000-2001. She was then elected to West Berkshire Council where she was elected Vice Chair of the Council and Chaired the Council’s first Health Scrutiny Panel. She continues to be active in the town, volunteering as a steward for the Corn Exchange’s outdoor events and as a Director of a local almshouse charity.

Stuart Gourley was elected a Town Councillor for Clay Hill at the 2021 by-election. He lives locally with his partner and children, and can be often seen cycling around Clay Hill on his bike.

Pam Lusby Taylor and her husband have lived in Clay Hill since 1983, and raised their children here. They are both active members of the Clay Hill Residents’ Association and Community Forum.

Pam has enjoyed a varied and challenging career as an in-house lawyer in both public sector and tech industries. Pam is passionate about education at all levels from nursery through higher education.

To contact your Clayhill Lib Dem team on Newbury Town Council, please email [email protected] or use the contact form below.

Send a comment to Phil, Stuart, Sue and Pam