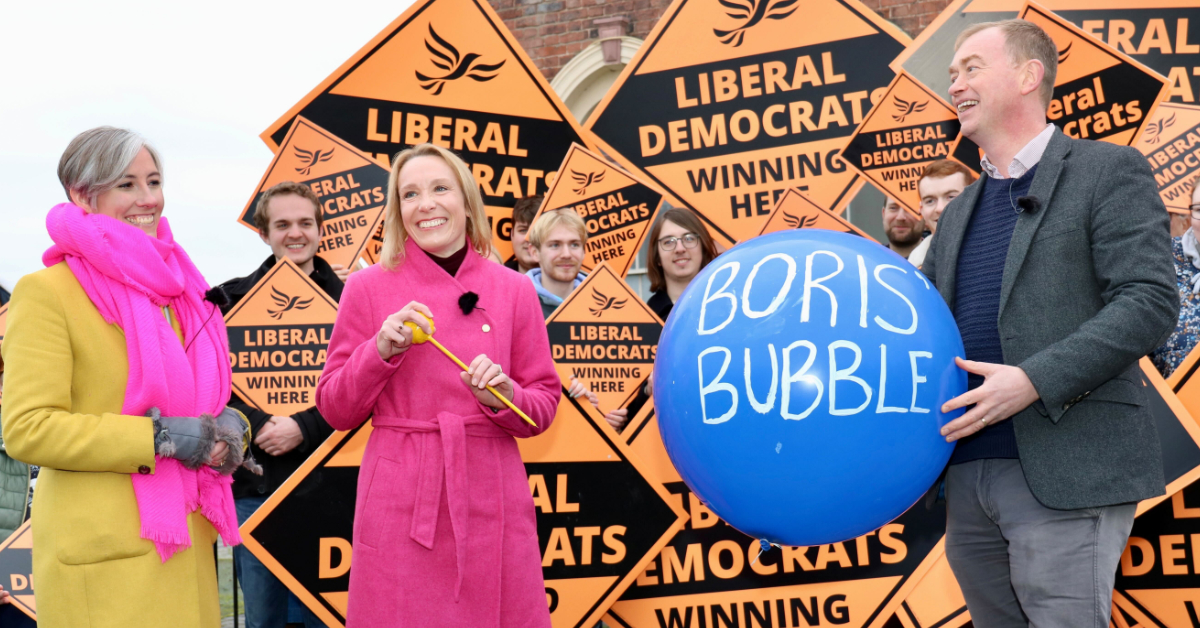 Last night, Helen Morgan, Liberal Democrat candidate in the North Shropshire Parliamentary by-election, won a historic victory, with a 34.1 percentage point swing from the Conservatives to the Lib Dems, eclipsing even the famous Liberal Democrat Newbury by-election victory of 1993 (28.4pp).

The by-election was caused by the resignation of former Tory MP Owen Patterson, who was engulfed in a sleaze scandal made worse by Conservative MPs, including Newbury MP Laura Farris, voting to attempt to change the rules so that he would not face a suspension from Parliament.

"The result in North Shropshire last night, just as the result here in 1993, is a sign of things to come for the Conservatives.

No seat is safe for the Conservatives when they continue to take voters for granted. This result is a watershed moment in our politics and offers hope to people around the country that a brighter future is possible. Millions of people are fed up with Boris Johnson and his failure to provide leadership throughout the pandemic and last night the voters of North Shropshire spoke for all of them. For Johnson, the party is over.

Here in Newbury, Laura Farris should be on notice that she must start putting her constituents ahead of the career prospects of herself and her colleagues. Her vote to save Owen Patterson from punishment was wrong and last night's result shows that the public are watching.

The Liberal Democrats believe people deserve a fair deal where everyone plays by the same rules – including those in government. It would take a much smaller swing for us to win in Newbury at the next General Election than it took in North Shropshire. If the Conservatives continue to ignore the public desire for a politics that is about creating a better country for us all, not a nightly soap opera of calamity and chaos, they will face defeat."