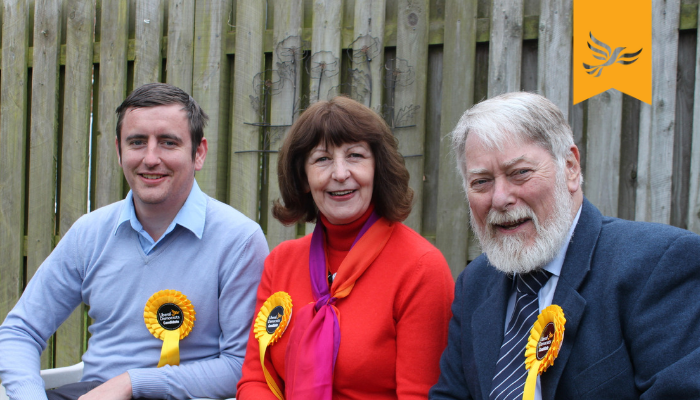 Rob Chicken (right above) has lived in Hungerford for over 30 years. Both his children were educated there, and he became a School Governor at both the junior and senior schools. He ran his own business in Hungerford and became volunteer committee member on the local branch of the Federation of Small Businesses, involving himself in national policy. He has been a trustee for the charity ‘Education Business Partnership’, and a lay member for the ‘Safeguarding of Children’ board. As a Town Councillor he has been fighting for sensible growth in housing, improvements for parking, the station, and giving support to the Town Youth Club.

Denise Gaines (centre above) has lived in Hungerford for 23 years and has worked here for the last 14. An original member of the Town plan Denise is now a member of the neighbourhood planning team. She has twice been, and still is, a Town councillor and was previously a District councillor. She had been a governor at the John O’Gaunt school, a trustee of the 14-21 youth counselling service and is currently a trustee of the Hungerford children’s centre. She was also the first chairman of the youth and community centre. Meeting local Housing needs, children’s well being and climate change targets are her principal concerns.

Shaun Wood (left above) has lived all his life in Hungerford and is passionate about the Town. He is known by many local people and has their support in this election. He has served the community as a Town Councillor, and as a committee member of both the Junior Football, and Cricket Clubs. He has been a firefighter and is currently a volunteer first responder for South Central Ambulance
Service. At 27 years old, Shaun is an ideal representative for younger people on the Council and has ideas for improvements in the Town which includes improved sports facilities, as well as safety and engagement of younger people.